Sign UpLogin
You are here: Home / Creativity / The Pen is Mightier than the Sword…but….

The Pen is Mightier than the Sword…but…. 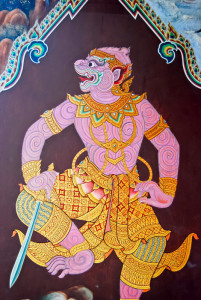 That is a very old adage.  Nevertheless, like many sage mutterings that have stood the test…it bespeaks little truth.  The spirit that forms the thoughts that is translated to common language is the magic worker. The ghost must speak to a level of understanding that will move the reader or listener.  Liken to an illusionist, authors must manifest in words what will draw the imagination.  There are no physical sensory of touch and smell to transport a reader to your realm.  An author’s illusory gifts are his words.

It is up to a writer to bring a tale out of the shadows and away from common physical forms of perception, so that the reader becomes seduced. When immersed in telling a story, writers share parts of themselves. Your art does not derive its interpretations from the mechanics of paint colors, photography or chisels and stone.  Writers create, in language, a mental image of what red is to passion or the level of heat in a touch. On the other hand, how a shadowy form affects an emotion.   It becomes a spiritual sweet spot when the writer is telling the readers’ brain to trust in the words and not sight. This becomes a Zen moment for the author.  It is said that all artist experience that Zen instant when the work reveals what the creator is attempting to convey to the world, or shared on ChapterSee.  Yet gaining and maintaining a focus is important.

People often use the term Mind Monkey to denote the busyness of a writer’s concentration.  Many authors find it hard to discipline their focus when beginning new projects.  Often many distractions appear between what bookmakers wish to set in motion and the actual story liberated. Some Chinese Buddhist texts use the term Mind Monkey to denote the undisciplined antics of the busy brain.  Harnessing your genius requires a focus. In doing so we free millions of neurons to explore sensations outside of what they have learned to trust.  Whether it is a good story or work of education, when the thought is translated properly, it will challenge not only the writer but also the reader.

In changing and growing the number of neurons in your readerships’ brain box, the process of creation expands your own.

Networking with fellow writers helps your writing brain grow. Online collectives that offer feedback and help with the challenges that may impede creativity are found within ChapterSee.